1954: Lady Elisabeth Murdoch elected president of the Committee of Management

Lady Elisabeth Murdoch (Dame Elisabeth) is elected president of the Committee of Management.

Her association with the RCH began in 1933, when she was invited to join the Committee of Management by then President, Lady Ella Latham.

As President of the Committee of Management from 1954-65, she successfully advocated for the rebuilding of a new children’s hospital in Parkville, opened in 1963 by Her Majesty, Queen Elizabeth.

Dame Elisabeth was the first Chairman of the Board of the RCH Research Foundation from 1960-68 and Vice Chairman between 1968 and 1979. Since 1984, MCRI has been named in honour of the Murdoch family.

Dame Elisabeth’s longstanding dedication and commitment to the hospital were admired by all those touched by her contribution.

A passionate supporter of the RCH Good Friday Appeal, she was named a living treasure of the RCH Auxiliaries in 2004.

Her legacy lives on at the RCH after her passing in 2012 through the Dame Elisabeth Murdoch Nursing Development Scholarship. This prestigious scholarship is awarded annually to an outstanding RCH nurse, enabling them to expand their knowledge and skills in paediatric nursing. 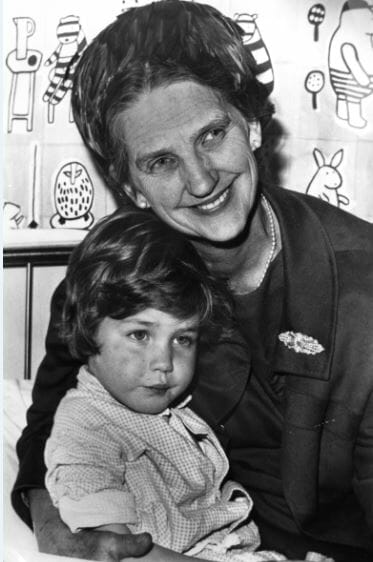