Walking and dancing for decades

Christine Phillpot is able to walk, and even dance, thanks to the care she received at The Royal Children’s Hospital (RCH) over 60 years ago.

In 1958, at just 11 years old, Christine and a friend were crossing the road on the way to Girl Guides when Christine was struck by a car and thrown through the air, shattering her femur on impact with the road.

She was taken via ambulance to the intensive care unit at the old RCH in Carlton. Christine had broken her left femur; the hip joint had detached and was placed in traction. The break was so bad that doctors warned Christine’s mum there was a likelihood she would never walk again.

After spending six weeks in intensive care and when the femur was failing to heal, an orthopaedic surgeon decided to pin the leg. Pinning children was uncommon in those days, up until that point, the procedure had only been routinely done in adults.

“It is because of that operation to pin my leg that I am able to walk today. I owe the life I live that to the surgeon,” Christine said.

“I still have the pin in my leg today as they didn’t remove them in those days – its 30 cm long and goes from my hip joint to my knee. It’s the reason I can walk – and dance.”

After recovering from surgery and being in hospital for two months, Christine was sent home where she spent the next month in bed, before having to learn how to walk again. She missed six months of school while she was recuperating.

Christine said the accident altered the course of her life in more ways than one.

“My time in hospital changed my life. We had only moved to Melbourne about 12 months prior to the accident and had lived on a farm previously. My friends were the cows, I didn’t see the neighbourhood kids very often, I was an only child, quiet and shy,” Christine said.

“So after having spent a couple of months on a 40-bed intensive care ward with many other children, I have really fond memories of socialising with other patients that were my age. I learnt to speak up and stand up for myself,” Christine said. 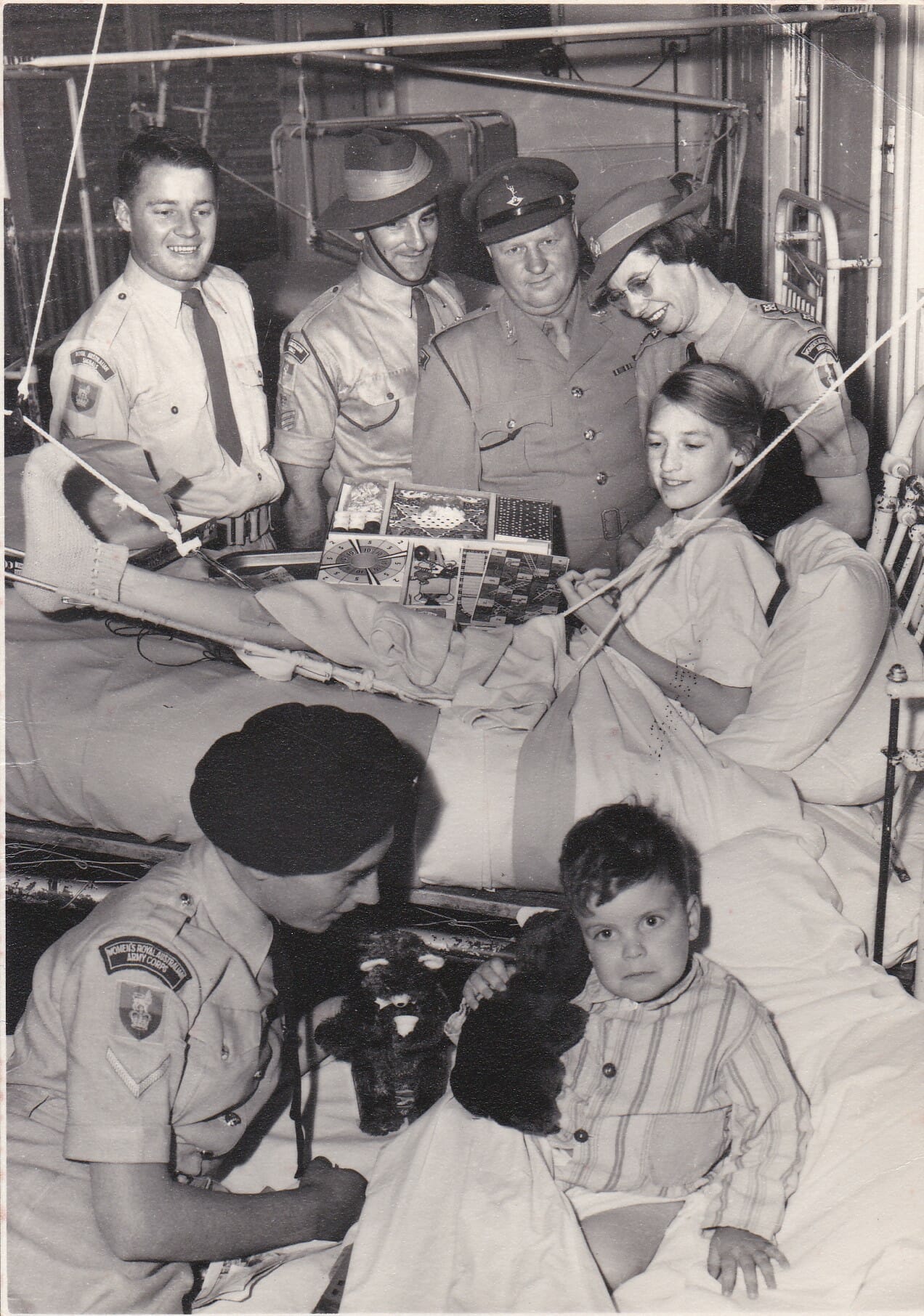 Christmas in 1958 at the RCH, Christine receives a visit from army personnel at her bedside.