Since its inception as a six-bed charity hospital 150 years ago, the Royal Children’s Hospital has been a place of many firsts and medical breakthroughs.

The hospital has taken on tricky surgical cases that no other centre would or could. It has forged a reputation for not being satisfied with current cure or recovery rates and instead leading research into better ways, improving the lot of our smallest patients. And it has bucked the stereotype of Grey’s Anatomy-style turf wars to bring together disparate departments to solve complex cases.

“There isn’t a department that isn’t looking at pushing the edges,” Mike O’Brien, RCH chief of surgery, says. 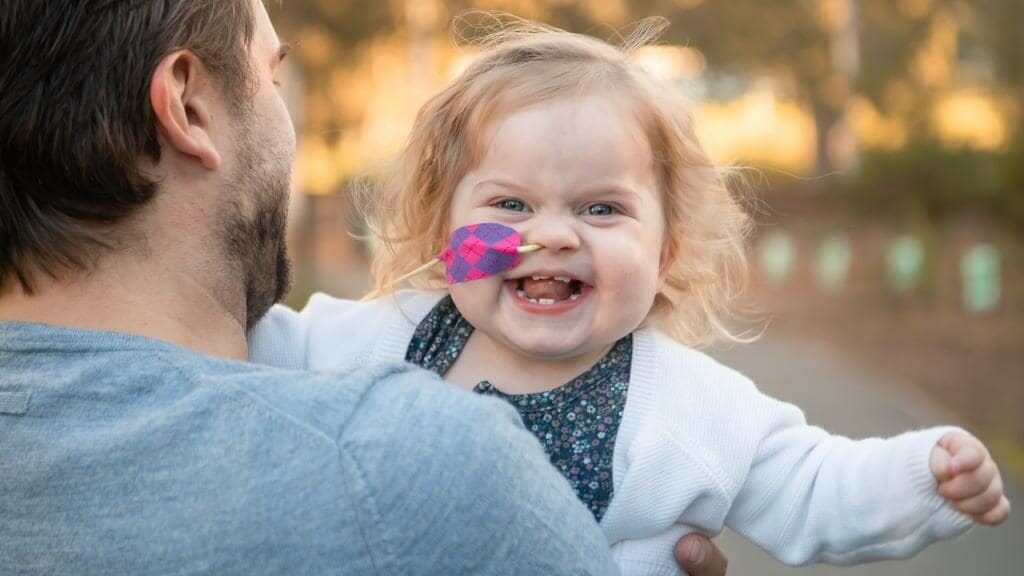 Ellie Martin, who received a heart transplant at the Royal Children’s Hospital.

O’Brien says three ingredients make it possible for the RCH to keep innovating: funding from government and philanthropy so it can afford cutting-edge equipment, being located alongside a research institute and university, and the calibre of staff.

“We are a honey pot. We attract the very best in Australia, but we also have a very strong overseas staff presence who bring different philosophy, experiences and training,” he says.

“That allows us to make sure we don’t become complacent or stuck in one way of thinking.”

Here are the major medical feats achieved at the RCH over the past 150 years:

First use of chemotherapy

Childhood leukaemia was a fatal disease until the late 1940s. The only treatments were pain relief. As a trainee doctor in London, John Colebatch had seen how it killed children within months of diagnosis. But upon starting work at the RCH after WWII, he read about new treatments overseas that were prolonging the lives of kids with blood cancer.

Colebatch not only became one of the first Australian doctors to start using these treatments — now known as chemotherapies — in 1948, but was also the first to lead a clinical trial to determine their optimal use. This led to the Haematology Research Unit being established at the RCH in the late 1960s, paving the way for ongoing research.

It’s the breathing mask most commonly known for its ability to help adults with sleep apnoea. But in 1970, doctors on the neonatal ward discovered positive airway pressure, better known as CPAP, could also be a life-saver for premature babies. This device is now used routinely in Neonatal Intensive Care Units around the world to help keep the smallest and most premature babies alive after they are born with lungs not ready for the outside world.

The neonatal team were again pioneers in 1992, when the unit became the first in the country to use a type of mechanical ventilation — High Frequency Ventilation — on critically ill newborns with severe lung disease. This type of ventilator gently puffs up to 900 breaths per minute into a baby’s lungs, sending oxygenrich blood around their body, while their delicate lungs are protected from damage typically caused by other types of mechanical ventilation.

The vial of vaccine squirted into the mouths of six-week-olds to protect them from a potentially deadly gastroenteritis is possible only because of a discovery by Melbourne scientists. In 1973, Professor Ruth Bishop led a team that analysed cells from the intestines of children sick with a highly contagious gastro illness. What they saw was rotavirus. This led to the development of the rotavirus vaccine, which has saved millions of lives worldwide. And now Professor Julie Bines from the RCH and Murdoch Children’s Research Institute has been handed the baton in this research relay. In this leg, she has led the development of a new version of the vaccine that can be given at birth. The hope is that it will save many more millions of newborns who die in the first two months of life because they are too young to receive the current vaccine. The newborn vaccine has been successfully tested in newborns in  Australia, New Zealand and Indonesia, and now Malawi. Bines says they are partnering with vaccine manufacturers in developing countries so they can develop their own low-cost version.

“We’re one of the only groups in Australia that have been able to take something from discovery, right through to prevention,” says Bines. “I’ve inherited this and I’m motivated to see the job done — to prevent childhood disease and death.”

The first two cases were performed 10 weeks apart at the RCH in 1975: first, Yew Sun and Yew Tze Foo from Singapore, and then Melbourne brothers Grant and Andrew Priestly. More than 30 years later, Bangladeshi orphans Trishna and Krishna, who were joined at the head, were separated in 2009 in a 27-hour surgery involving 16 surgeons.

A 35-strong surgical team took on the case of Nima and Dawa in 2018, disconnecting the 15-month-olds at the torso and liver, and rebuilding the fronts of their bodies. The toddlers have returned home to Bhutan, where they are free to walk and grow normally.

“These surgeries are successful, not because we’re the only place that does them — lots of places do twins — but because we pulled together teams from many different disciplines,” says O’Brien. 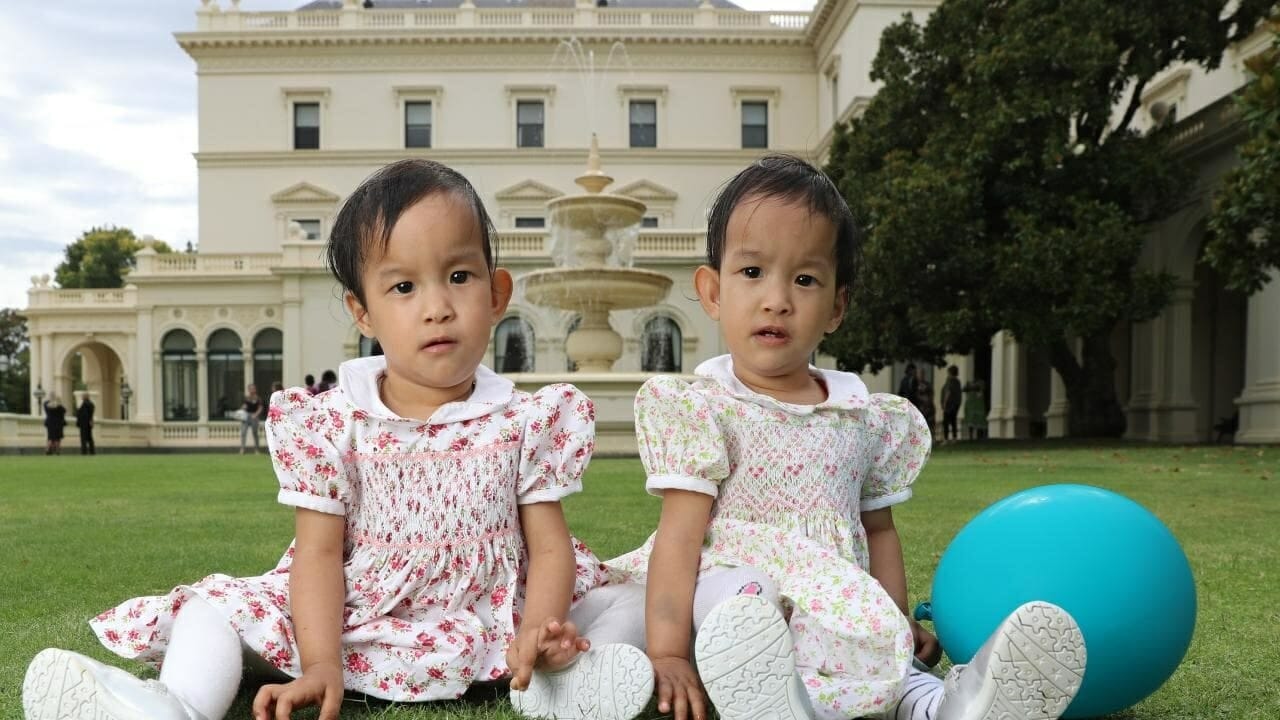 The first in organ transplants

RCH cardiac surgeons first swapped a young person’s failing heart for one that once beat in the chest of another child in 1988. It saved the life of a 13-year-old boy, giving him another 23 years of life.

The RCH remains the only hospital in Australia where children in heart failure can receive the gift of life. New procedures and technologies have allowed the heart transplant team to widen the number of eligible children, but also to keep them alive for longer to find a suitable donor.

The first liver transplant was performed in 1995, with the patient, an 11-month-old boy, then the youngest to receive such a transplant in Australia. The Victorian Liver Transplant Unit, which runs between the RCH and Austin Health, now performs up to a dozen paediatric transplants a year.

Parents and grandparents can now donate part of their liver to their critically ill children. The same surgical team from the RCH and Austin performed the first Australian paediatric intestinal transplant in 2012, giving a 12-year-old boy a new liver, small bowel, pancreas and duodenum.

The hospital’s music therapy program started in 1991, in an Australian first. Today a team of seven musical therapists work with inpatients of all ages one-on-one and in groups. Music is used as a distraction during treatments, to help physical and emotional recovery, for neurodevelopmental stimulation and self-expression.

In 2011, the RCH became the first paediatric hospital in Australia to be fitted with an MRI machine that could be wheeled into an operating room mid procedure. O’Brien says the ability to scan patients during an operation, without needing to move the anaesthetised child from the theatre to the radiology department, removed many risks from complex neurosurgeries and heart surgeries. More than 1000 patients use the scanner during surgery each year.

“It has changed enormously how we conduct brain surgery,” O’Brien says.

The Gender Service at the RCH was the first — and remains the largest — multidisciplinary unit in the country for gender-diverse and transgender youth. It receives about 300 referrals each year from Victorian children and teenagers who are distressed by feeling their gender assigned at birth doesn’t match their gender identity.

It is a radical concept, to remove part of a child’s brain so they are healthier than before. But that’s just what epilepsy surgery at the RCH gives children with uncontrollable seizures. If the seizure hotspot can be found through complex brain scans, the team, led by neurosurgeon Wirginia Maixner and neurologist Simon Harvey, works to remove that part of the brain, while aiming not to compromise the child’s basic functions. In some cases these surgeries are even performed while the young person is awake, when the area of the brain being removed is perilously close to those that control movement or speech.

Research is ongoing to devise better imaging methods to find the still “invisible” regions in the brain triggering seizures, and to more accurately map the brain’s communication connections. 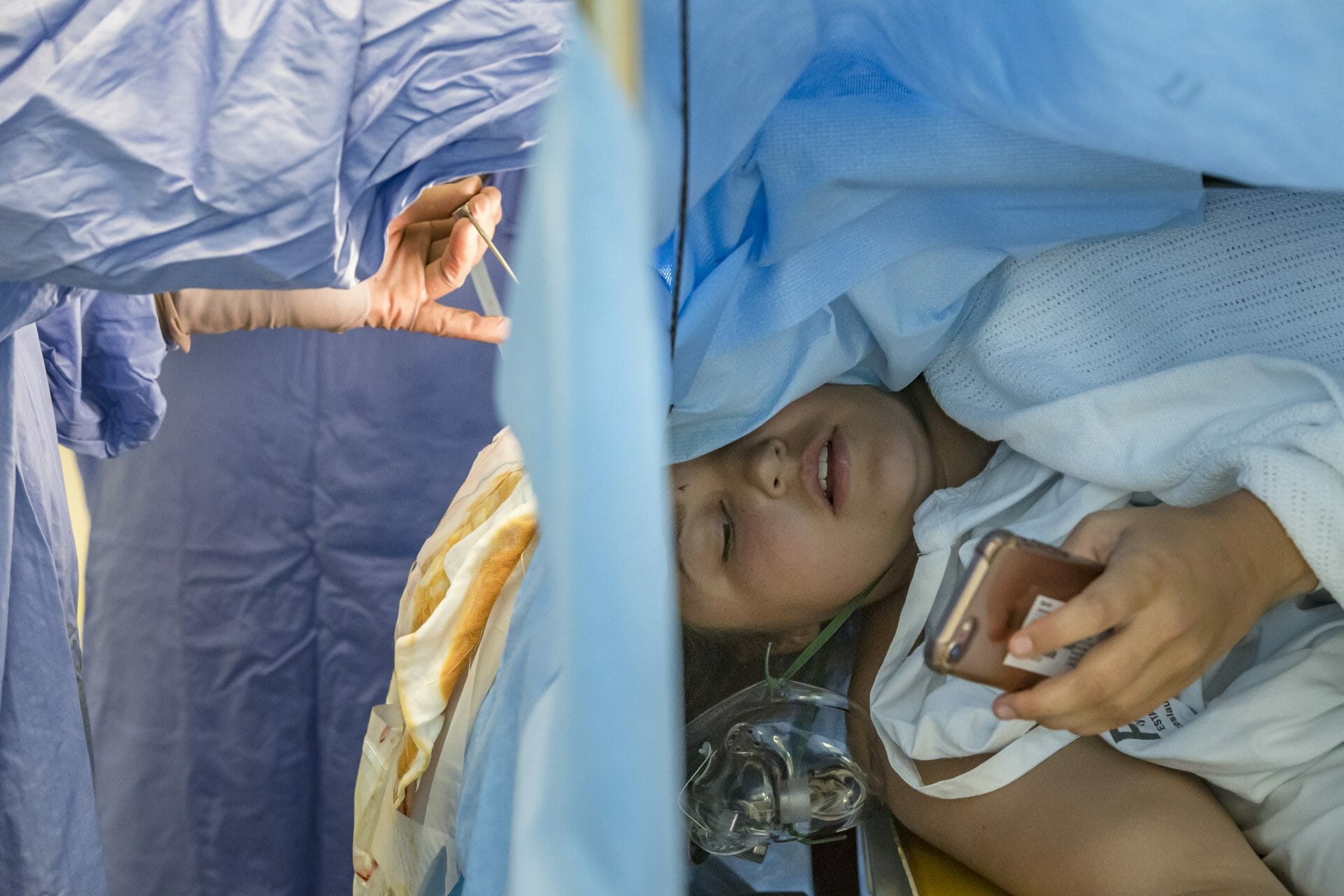 Children with serious genetic disorders once waited months or years for a diagnosis. But now these genetic tests can be done within days. The Melbourne Genomic Health Alliance — a partnership that started in 2014 between 10 hospitals and research institutes including the RCH — is using new genomic sequencing to replace single gene tests to give a diagnosis to many more young people — and faster.

A diagnosis often means accessing treatments sooner, helping parents make more informed decisions about family planning, and linking patients with rare diseases to others like them.

The very treatments that can save a young person’s life after a cancer diagnosis can rob them of the ability to have their own children. But now discussions about fertility preservation at the time of diagnosis are considered an essential part of cancer treatment.

The appointment of the first onco-fertility co-ordinator at the RCH last year is ensuring that all cancer patients are linked with specialists to make informed choices about fertility preservation, such as collecting and freezing ovarian tissue or eggs, testicular tissue or sperm.

Childhood cancer survivors have a 15-times higher chance of heart failure. It is a heartbreaking statistic, and one that a world-first study at the RCH and Murdoch Children’s Research Institute is working to reverse.

The team plans to track every Australian child and teenager with cancer to determine what treatments are damaging their hearts, develop a way to detect what patients are at greater risk, and look for safer treatment options.

The latest weapon in the fight against blood cancer lives inside the patient’s own immune system. CAR T-cell therapy involves removing and reprogramming immune-fighting cells, and reinfusing them back into the patient so it can then see the cancer cells and attack them. 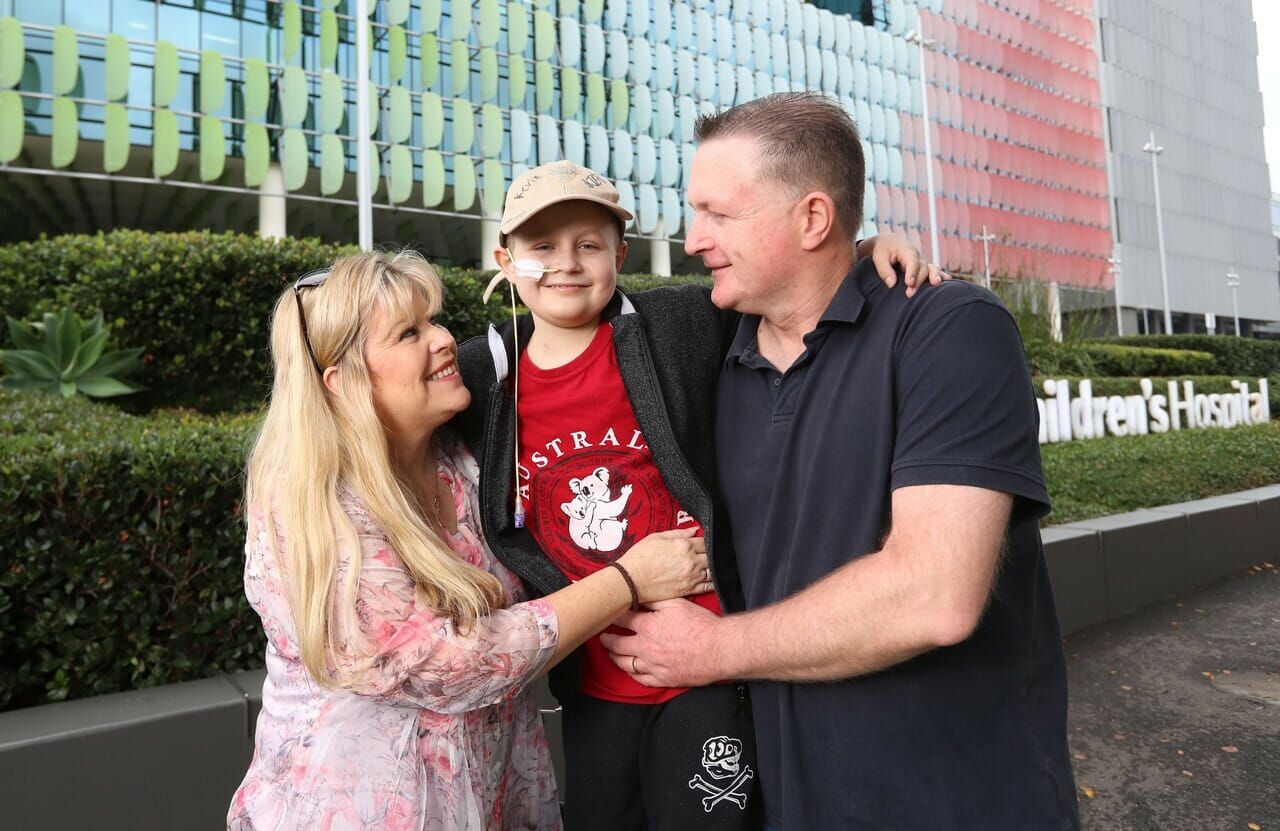 The treatment was trialled at the RCH four years ago in blood cancer patients who had exhausted all other treatments. A number of Australian children have travelled to the US for the treatment. But CAR T-cell therapy is now free in Australia for children with acute lymphoblastic leukaemia, with the RCH the first Australian paediatric hospital to offer it. The hospital has now infused its 14th patient.

RCH consultant oncologist Dr Seong Lin Khaw says CAR T-cells are now being called upon earlier, particularly when chemotherapy appears unlikely to work. “Getting in earlier has the benefit of avoiding unnecessary toxicity from other treatments, because chemotherapy can have lasting effects on the organs.”