Dancing proof that miracles can happen 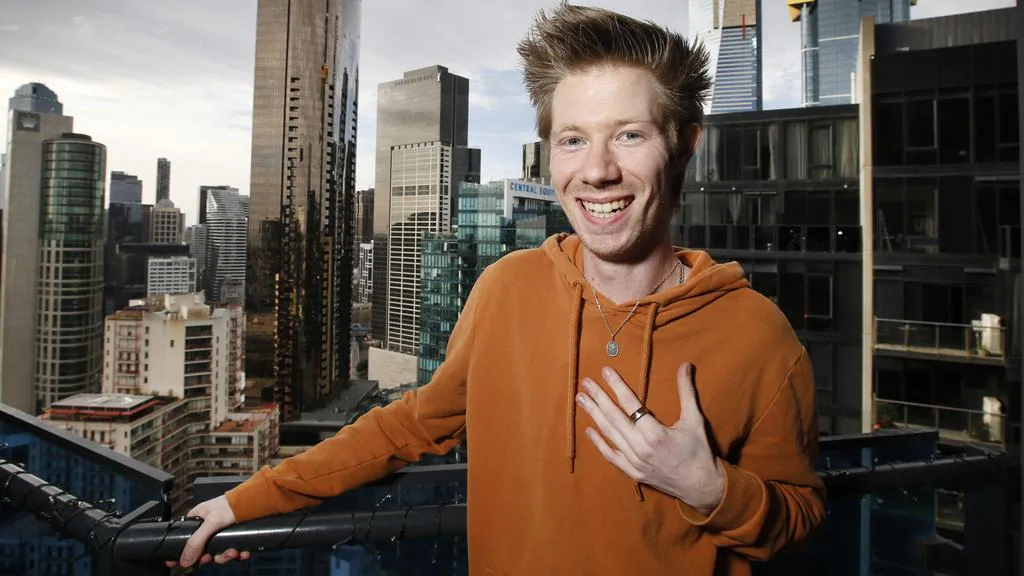 Jesse Teichelman was born with a congenital heart disease in Perth but was rushed straight to Melbourne to the RCH to undergo his first open heart operation in 1997. Picture: David Caird

When Jesse Teichelman steps onto the stage he’s not only dancing for himself, but for the thousands of kids out there who were born with the odds against them.

He’s living, dancing proof that miracles – or medicine – can happen.

Jesse was born in 1997 in Perth, WA, with a congenital heart disease known as truncus arteriosus.

This meant his little heart had only one artery, instead of two, and that blood wasn’t being pumped to the right places.

Just days old, he was flown across the Nullabor to Melbourne, for lifesaving heart surgery.

His parents kissed their tiny newborn goodbye and put their faith in the hands of staff at The Royal Children’s Hospital.

“The first operation was 19 hours long – it was a big one,” Jesse, who now lives in Melbourne, says.

“I was born with one artery that was conjoined – it was only flowing one way so they had to put a replacement artery in that came from a pig – and they also replaced the valves as well.

“There were six other patients that were going through a similar thing to me at the same time, and five passed away.

“I can only imagine what mum and dad were going through, watching these kids pass away.”

But against the odds, Teichelman’s surgery was a success, as were the three others that followed, and has allowed him to live a mostly-normal life.

A talented hip-hop dancer, he’s performed on Australia’s Got Talent and won gold at the World Championships for Performing Arts in America.

“Talk about beating the odds,” he says. “When I was little I was told I wouldn’t be able to play sports, my education would be impacted because I was going through doctors and so on.

“I’ve just had my annual cardiac check up, two weeks ago, and they can’t believe how healthy I am.”

Now 22 and working in the disability education sector, Teichelman is forever grateful for the lifesaving care he received.

“No words could describe how appreciative and thankful I am, without them I wouldn’t be here today,” he says. “And that’s what I like to do when I perform – give hope to people who might be in the same situation, to not give up.”