Care was handed out to the letter

In delicate cursive script, the heartbreak that Joy Barrett’s family endured for her month in hospital is spelt out.

The seven-year-old would devour the handwritten letters — delivered to her by nurses who were also her neighbours — as she recovered from surgery for a bone infection.

She’s reminded how much she is loved, and to think of Mummy and Daddy after prayers.

She’s instructed to count the number of pansies in the bouquet her brother picked.

It was 1945, and visiting regulations to The Royal Children’s Hospital were strict. The thinking was it was too upsetting for children to keep saying goodbye to their parents.

Penicillin had only just started being used to treat infections, which she was given in four hourly injections alongside some chocolate to bite down on.

The surgery worked, and she was soon back playing, running and climbing trees in the paddocks that sprawled across Essendon.

Former patient Joy Barrett aged 7 in 1945 before she was treated at the RCH for a bone infection. Picture: David Caird

Her relationship with the RCH didn’t end there.

Her son David, when also aged seven, needed his own urgent surgery to remove a fast-growing lump on his neck.

“They believed it was malignant. It was a parent’s worst nightmare, but the surgeon called every day until the operation to check on him,” she said.

Visiting hours had relaxed by the mid-1970s, so they could at least be with their son during the daytime hours as he recovered from the operation to remove what they discovered was a benign mass on his thyroid gland.

With her grandchildren needing hospital treatment in recent years, Mrs Barrett said she had watched in awe as the RCH grew and evolved best-practice care for children.

Parents can now sleep by their child’s side, the hospital’s TV studio beams its own programs to screens at the end of each bed, and rehabilitation can be done in the swimming pool, basketball court or in play time.

“We always watch the Good Friday Appeal and donate on that particular day,” she said.

“Like most Victorians we’ve had enough connections with the RCH to make us very grateful.” 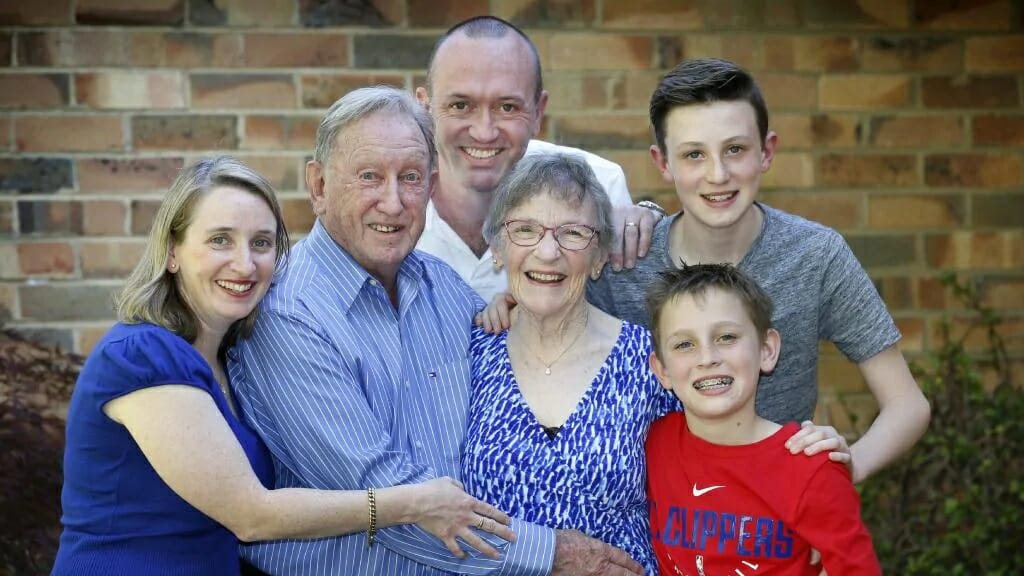