A positive outlook on life

‘There is always someone worse off than yourself’.  It’s a mantra Peter Scalzo has lived by for his 54 years.

Which, considering what he’s had to contend with health-wise, especially in his younger years, it’s a testament to his positive outlook on life.

In 1973, when Peter was seven, he was admitted to The Royal Children’s Hospital.  Following a kidney biopsy, Peter was diagnosed with renal failure. This was the first of many hospital visits over the next 10 years.

By 1979 Peter’s condition had deteriorated and had developed into end stage renal failure which needed to be managed by dialysis.  Subsequently, he was put on the waiting list for a kidney transplant.

“Over these years I pretty much lived in and out of the RCH on ‘5 East’ of the old building.  I had multiple bouts of peritonitis infections, with many emergency department visits, suffered a major stroke that left me paralyzed and had an epileptic attack that put me back in the intensive care unit,” Peter said.

Peter waited two years for a kidney, undergoing his first kidney transplant in 1981.  Up until this point he was spending three nights a week in hospital, 14 hours a day on a dialysis machine.

Despite all the medical hurdles he has had to overcome and the countless hours spent on the wards, Peter has many fond memories of the hospital.

After turning 18 and transitioning into adult care, Peter underwent his second lifesaving kidney transplant after his first kidney started to fail.

“Luckily in August 1989 my beeper went off and it was the call for the second transplant.  There were no mobiles back then so I carried this beeper everywhere I went.  That transplant is still working to this day, and I treasure it.”

In recent years after watching the Good Friday Appeal and feeling nostalgic, Peter got back in touch with one of the nurses, Julia McCoy, who had cared for him during the years he spent at RCH.  Julia is now a Nurse Care Manager in General Medicine, having cared for patients for over 50 years at the hospital.

“Julia was on the ward for most of my time at RCH and always had a smile on her face, if you were feeling down or in pain, she would always be walking around joking to cheer you up,” Peter said.

Peter says he will be forever grateful to everyone at the RCH.

“You could not fault the staff; the doctors, the nurses, the allied health staff – they saved my life more than a few times.  The hospital helped me get through my sickest stages and I will never be able to thank the hospital enough.” 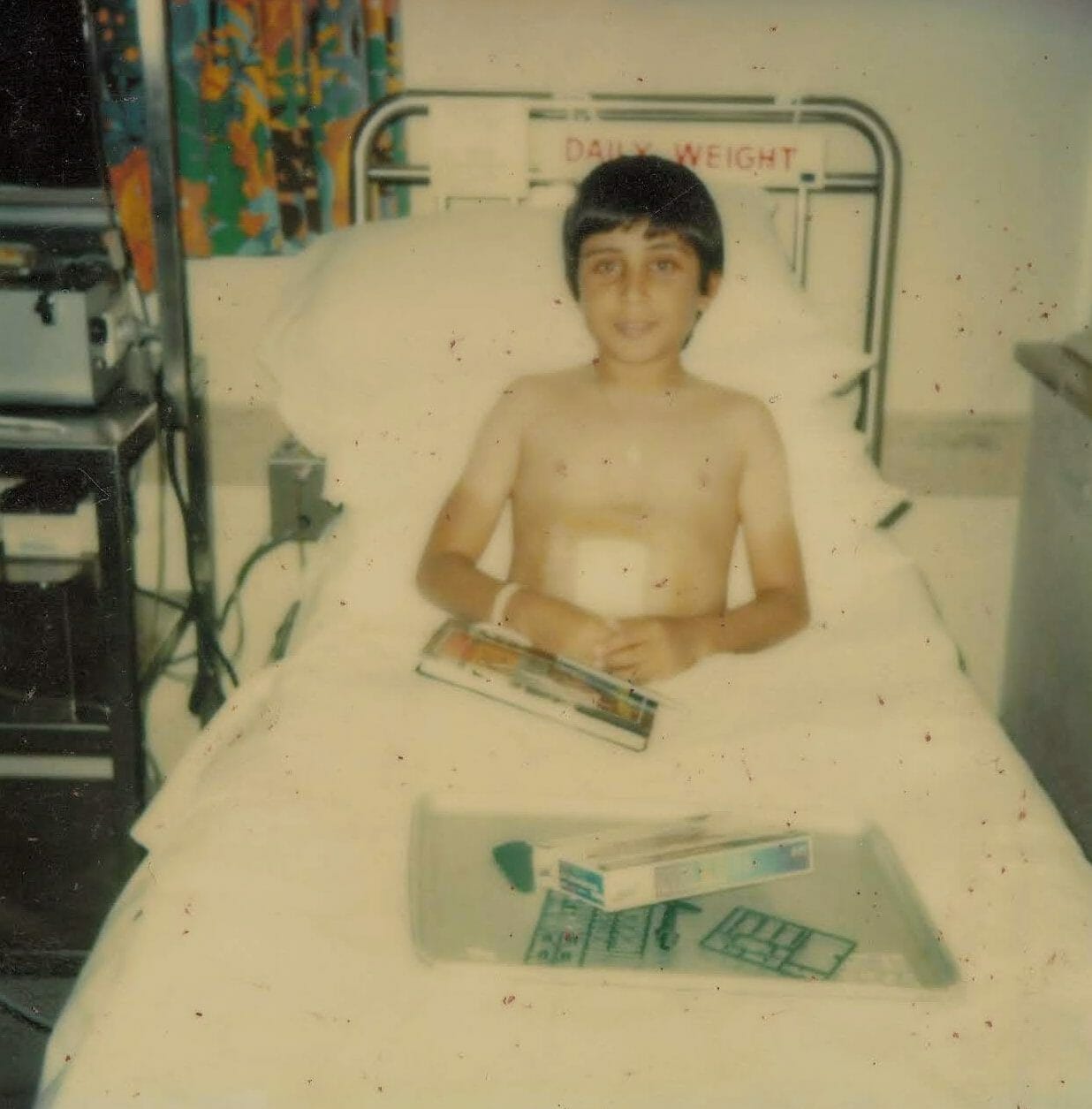